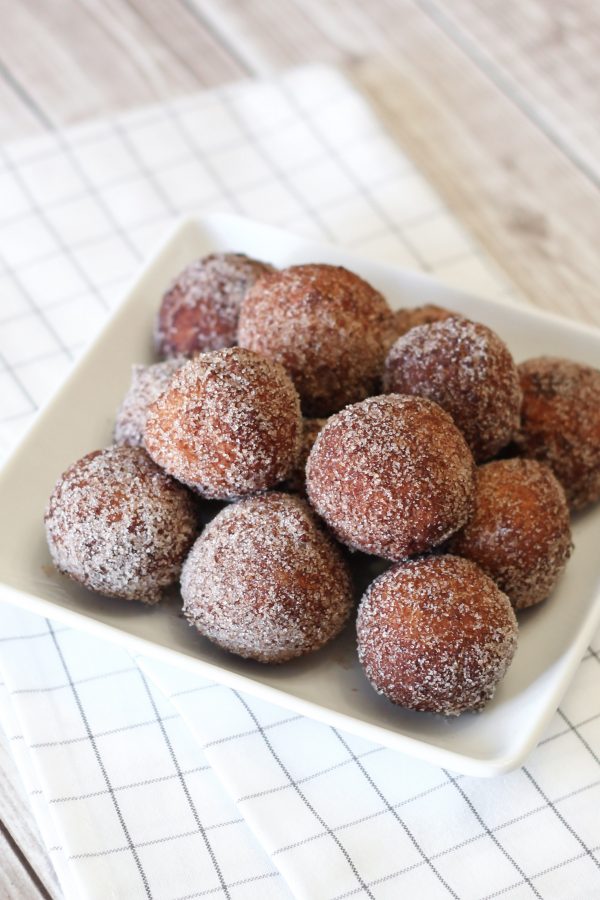 Donuts! Well, donut holes at least. The fried kind. Not the baked donuts (which I do adore). I have been craving a fried donut for months. It’s not easy finding one that is gluten, dairy and egg free. I knew I would have to make them myself. As much as I hate deep frying anything, it was time to give into my donut desires

I give you my first ever, quite successful, gluten free vegan donut holes! Crispy on the outside, soft and light on the inside. Showered with cinnamon and sugar. I may have done a little happy dance in the kitchen after the first bite. Donuts are totally dance worthy.

Some of you may be thinking, “but they are fried!” Yep. They are. They are also a treat and something that should be eaten in moderation. Meaning, they should be shared with a friend or two. Your kids will also love them! My son thought it was pretty cool to shake the donut holes in the bag of cinnamon and sugar. If you’re gonna cheat, cheat with these donut holes and while you’re at it, do a little cinnamon sugar shimmy shake! 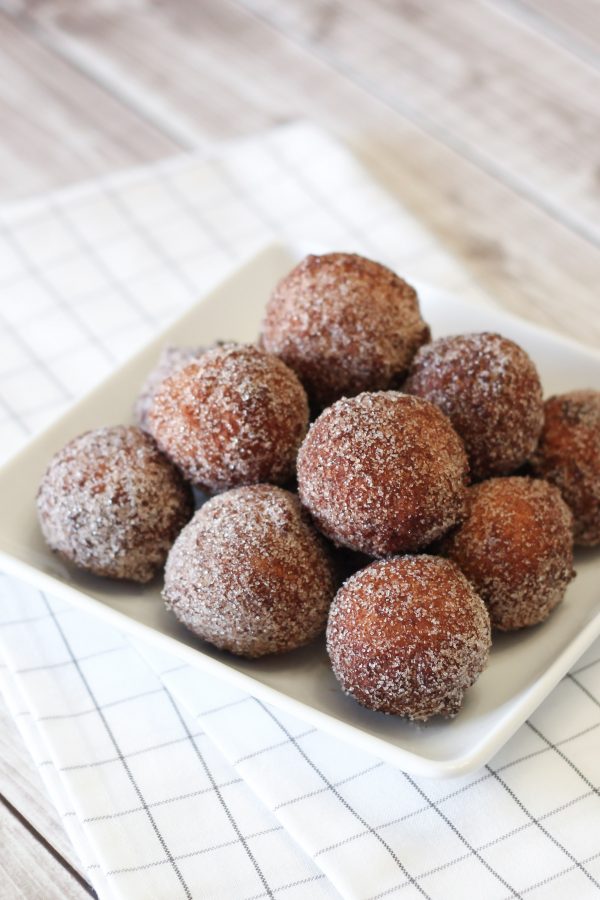 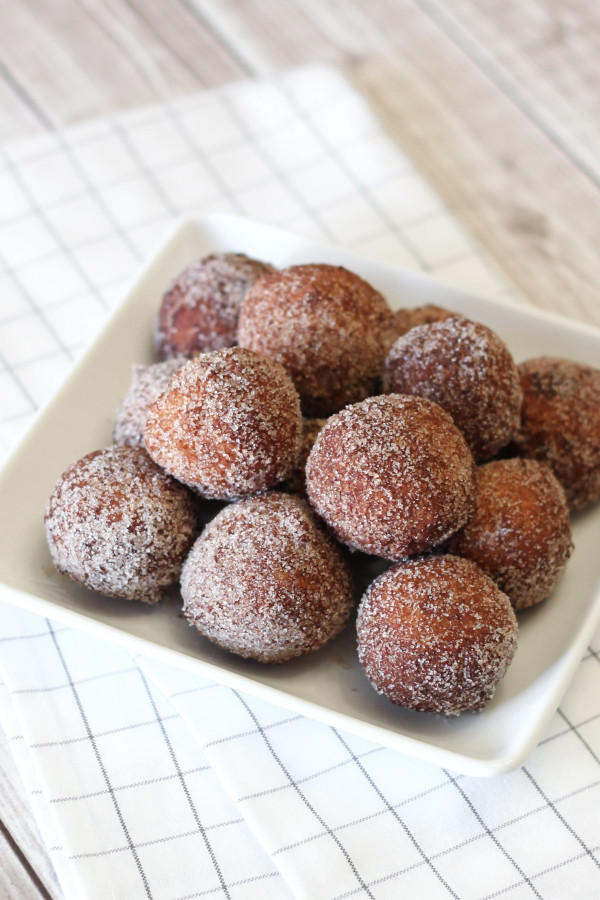