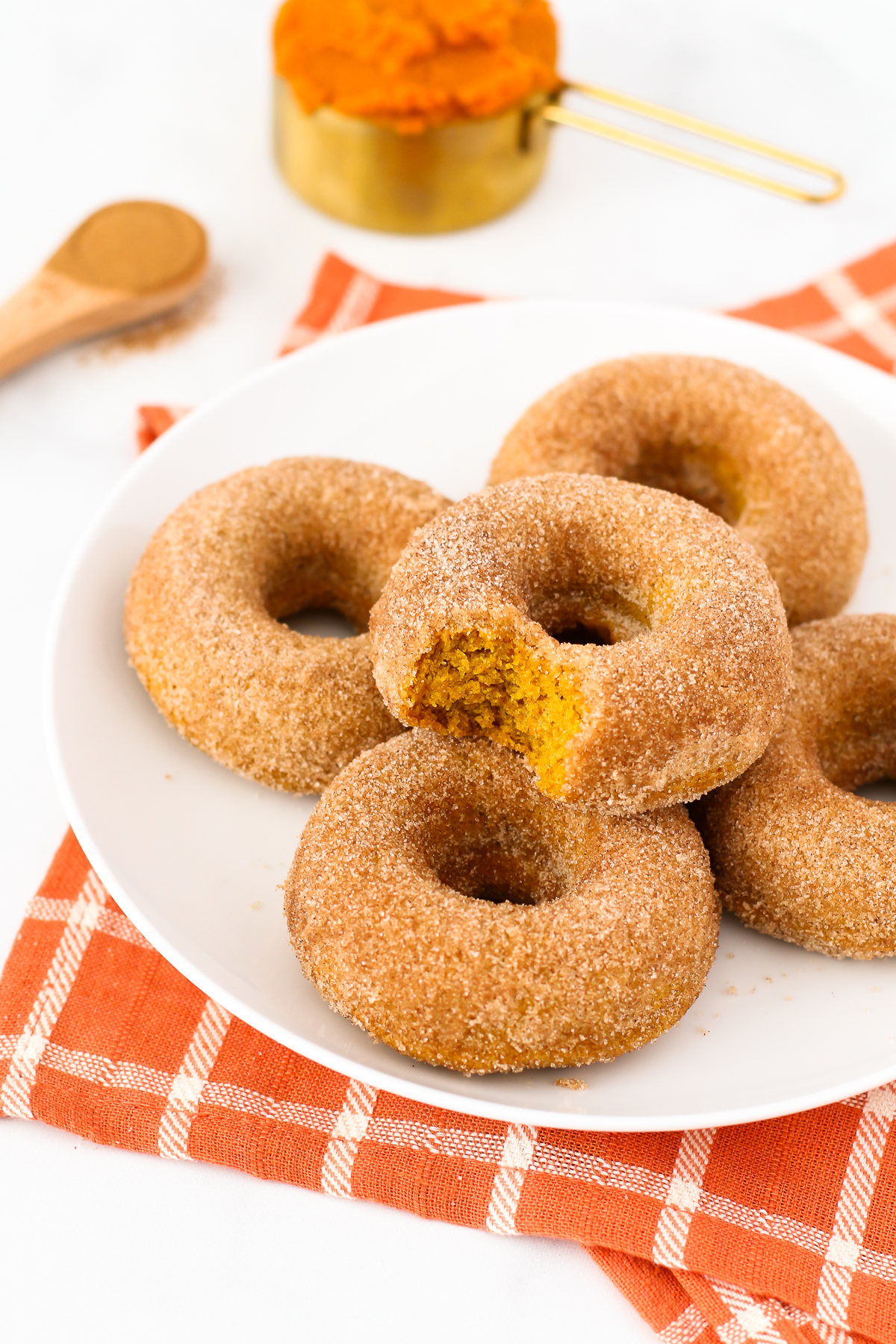 Who’s ready for pumpkin spice season? It’s in full force around here. Pumpkin spice everything has made it’s debut in all the grocery stores, Target, on pinterest, and all over instagram. It’s starting to take over my kitchen too. I’m ok with it. Give me ALL the pumpkin for these next few months. 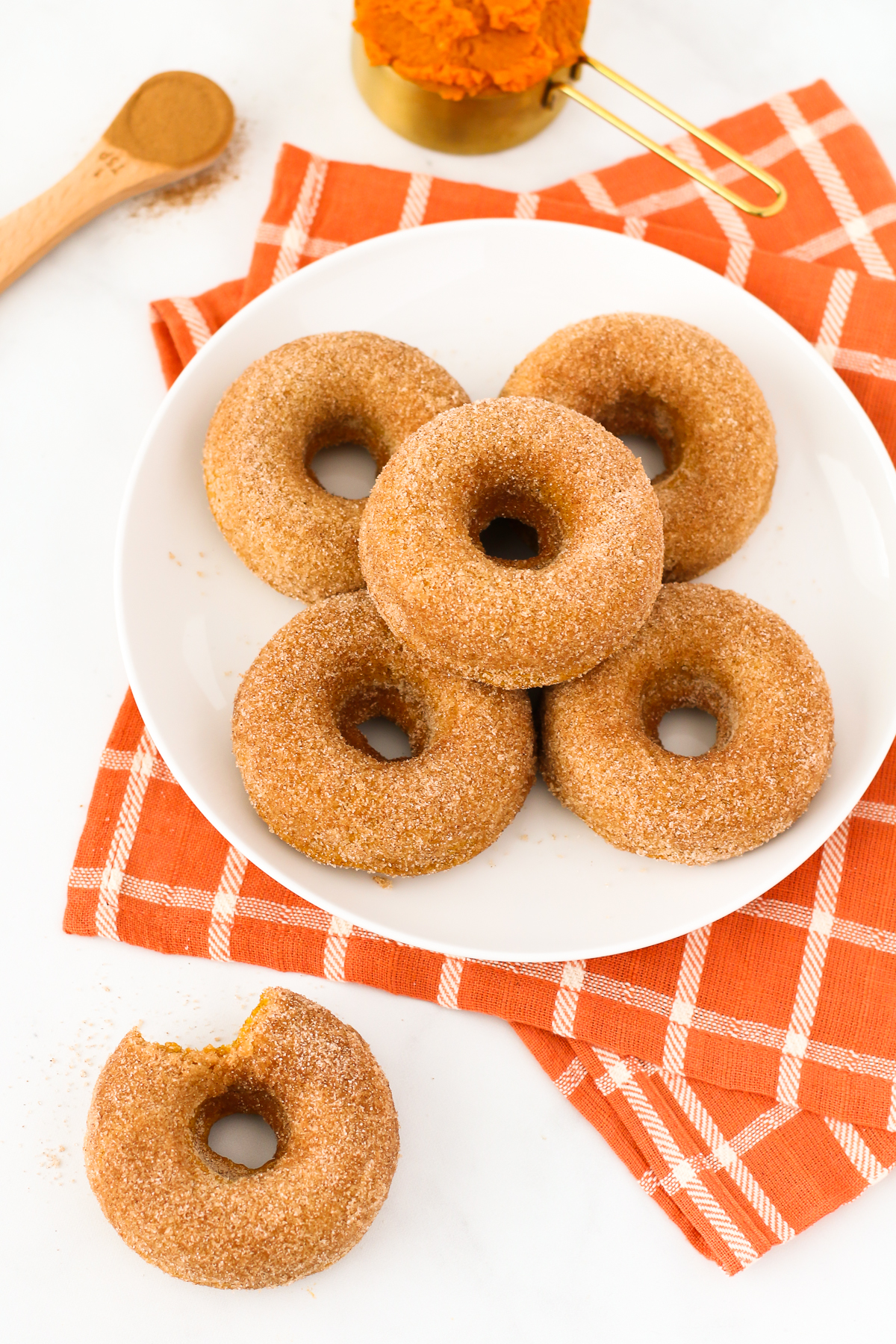 When thinking about the first new pumpkin recipe to share with you guys, I kept going back to donuts. Donuts, donuts, donuts. I made these apple cider donuts last year {which are incredibly delicious}, but I wanted to go with a pumpkin donut this fall. Pumpkin donuts it was! Now I had to decide what I could coat the donuts with. I could go with a simple glaze, a maple glaze, cinnamon sugar or even a crumb topping. Way too many choices.

I tried this recipe for you guys quite a few times. It took lots of tweaking and some altering of the ingredients. Baking allergen free can sometimes make me a little crazy. Anyone else feel me? But, it’s all worth it when I have a recipe turn out just the way I imagined it. Success is so worth the trial and error. 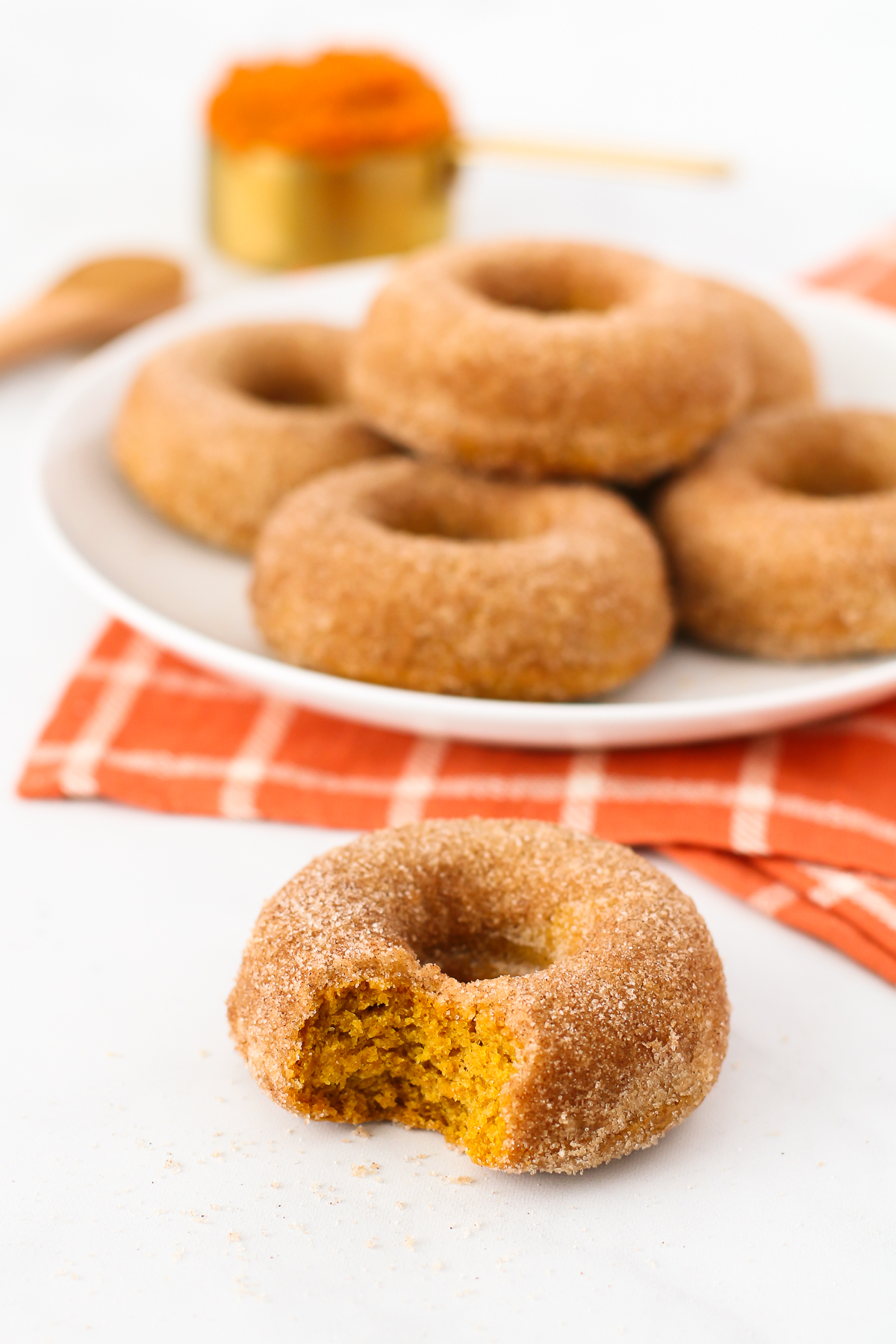 Let’s just say, these gluten free vegan cinnamon sugar donuts hit all the right marks. They are fluffy, tender, just the right amount of pumpkin, perfect blend of fall spices and of course, covered in cinnamon sugar. Did I mention they are also completely irresistible?

I know I say this with every recipe I share with you guys, but you REALLY need to make these donuts! If you don’t have a donut pan, do yourself a favor and buy one ASAP. They are inexpensive and you will be able to make homemade baked donuts at home all year round.  Your family will thank you.