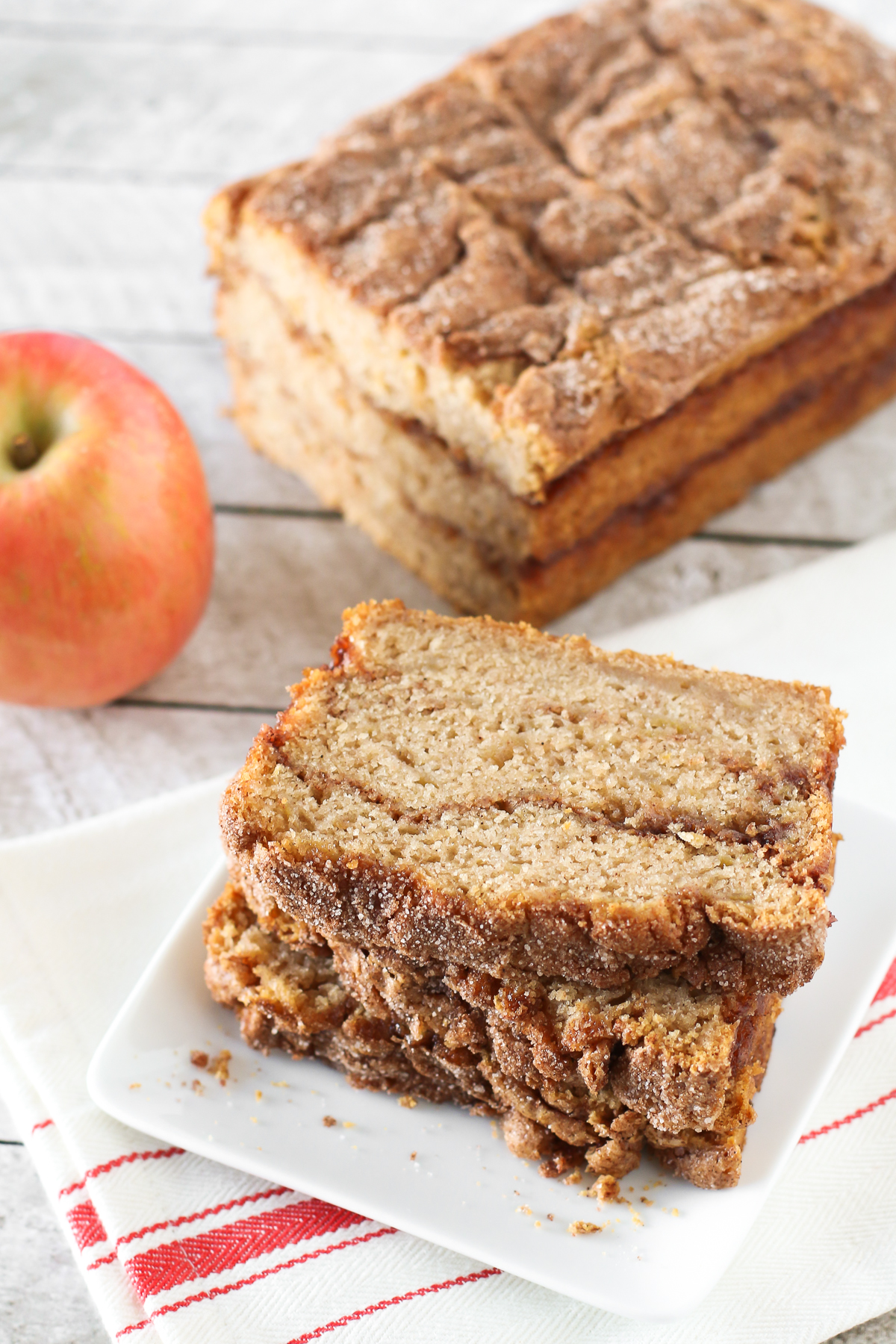 Quick breads. One of the many things I love to bake. Pumpkin bread, banana coconut bread, cinnamon swirl bread. With little effort, you can have a loaf of homemade, sweet bread baking in your oven in no time. I think that’s why I love making them so much. Just mix, pour and bake! Oh, and eat too. 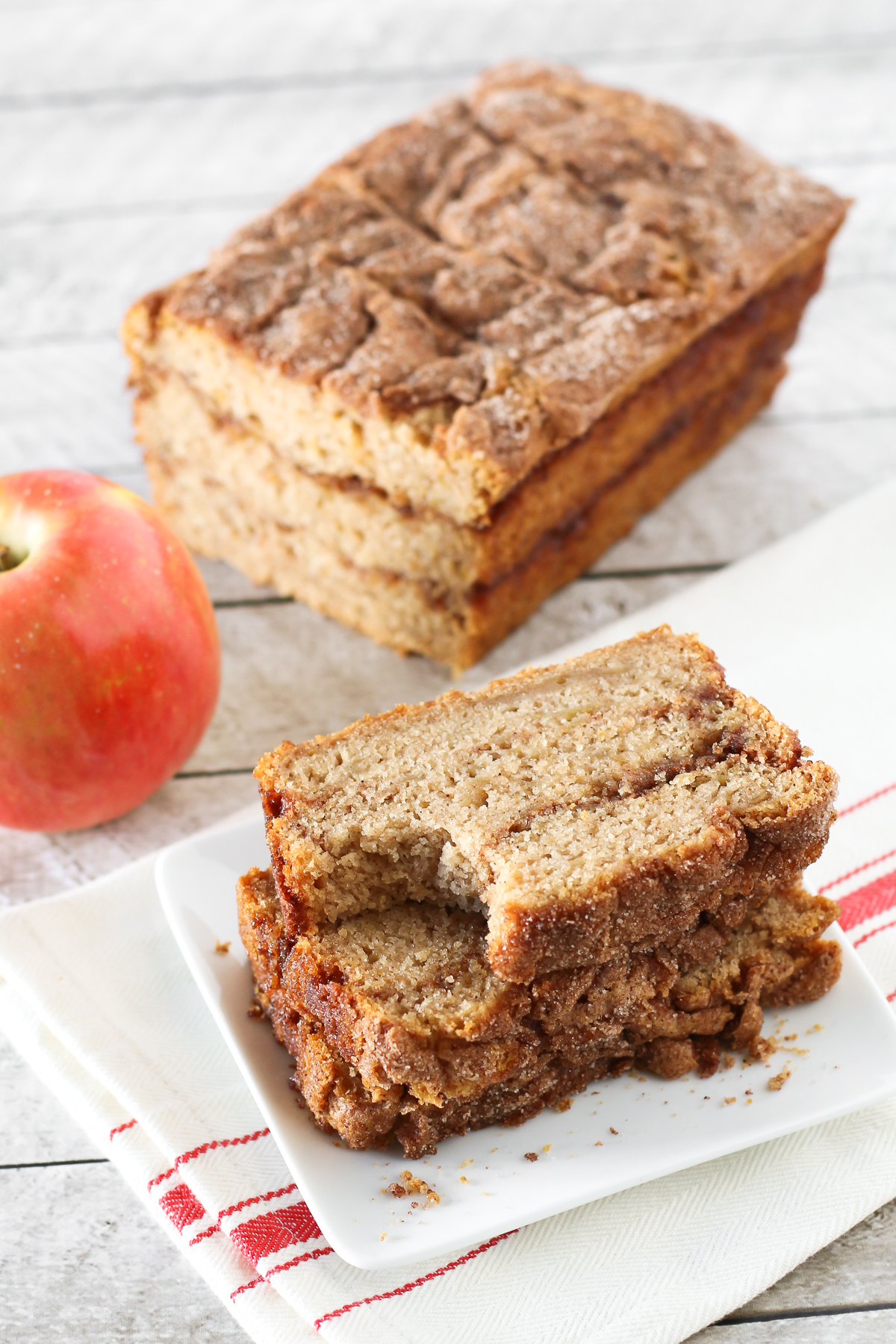 Don’t you wanna take a big bite? The addition of applesauce and freshly grated apples makes this gluten free vegan apple cinnamon swirl bread oh so moist. My favorite part would have to be the layers of cinnamon sugar swirled into the bread and also on top. When baked, it becomes caramelized and gives a sweet crust to the bread. Heavenly!

The apple cinnamon combo is a fall favorite of mine. It’s such a warm, comforting flavor, especially for baked goods. Muffins, breads, pies. Do you love it as much as I do? If you do, I know you’re going to ADORE this apple cinnamon swirl bread.

Here’s to apple season and all the delicious, homemade apple recipes! 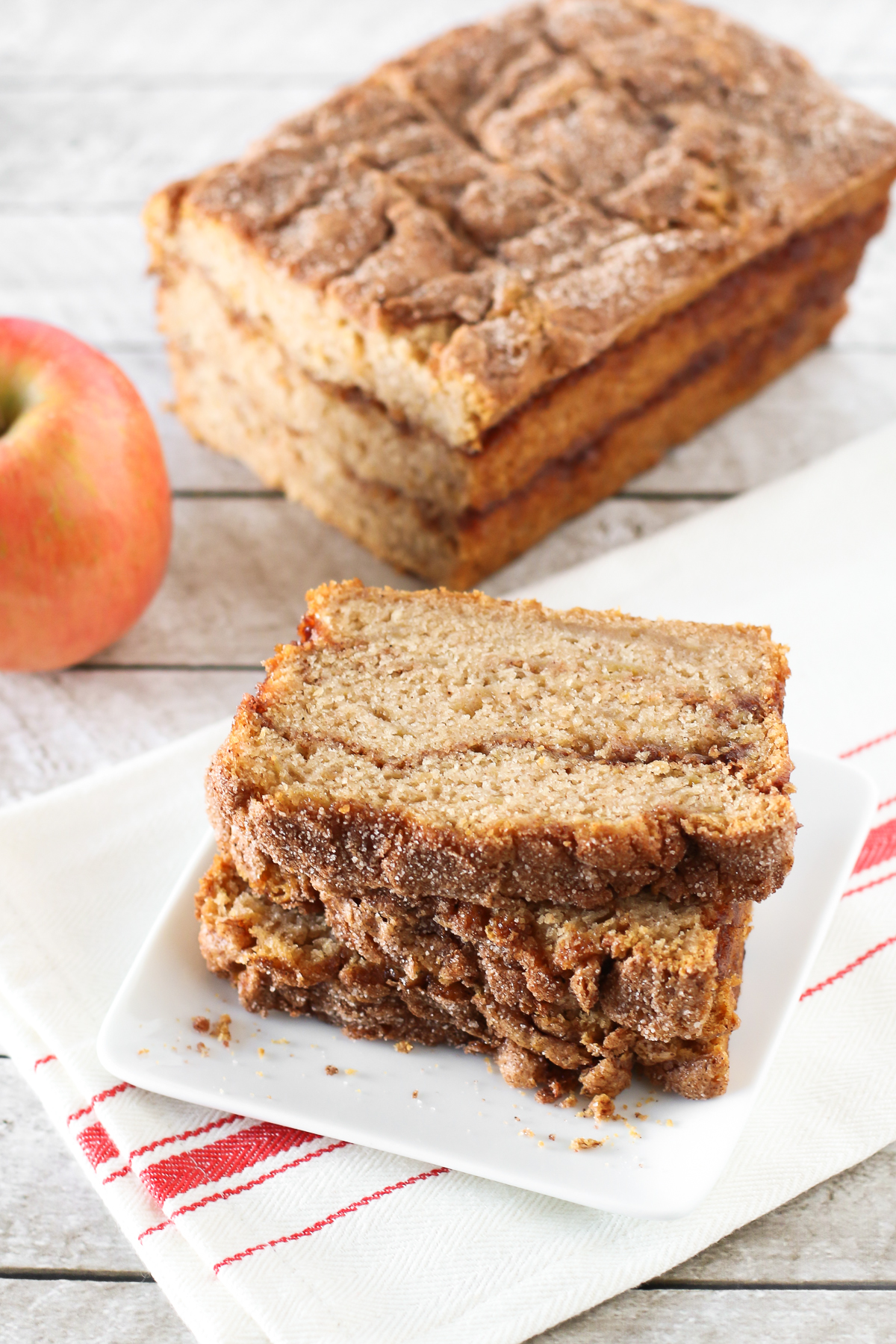 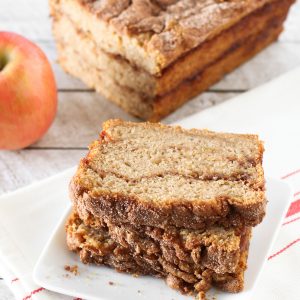