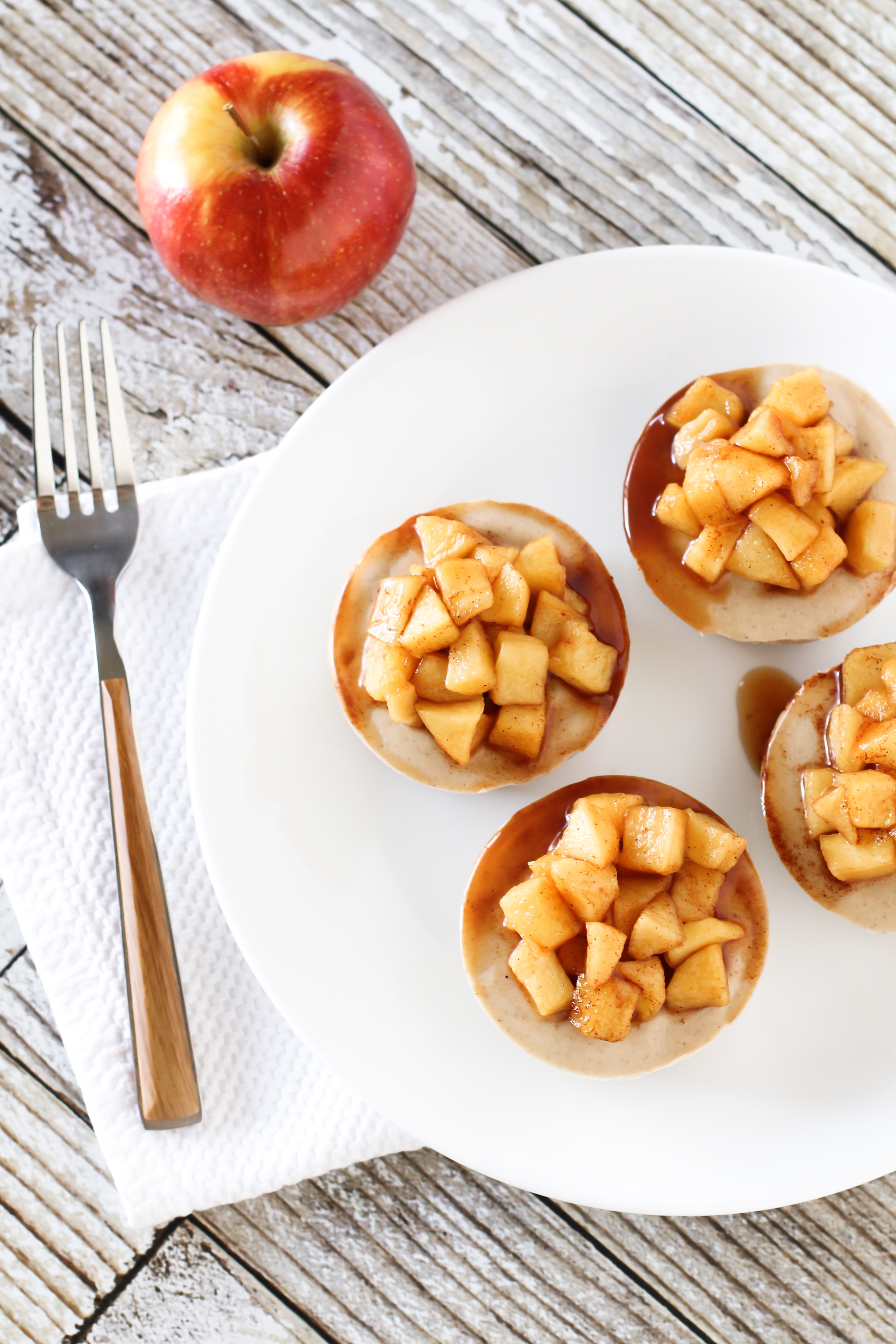 I’m so in love with cashew cheesecakes, as most of you know. I have shared a few dairy free cheesecake recipes on my blog for you to enjoy, including this insane pumpkin cheesecake. It’s still amazing to me that cashews can produce such a creamy, dreamy cheesecake. Magic.

With this apple cinnamon cheesecake recipe, I decided to go with one of my favorite fall flavors. Nope, not pumpkin this time. Apple cinnamon. It’s so warm, sweet, spicy and makes me feel all cozy inside. I love apple pie, apple muffins, apple bread, apple cider. Give me all the apple and all the cinnamon.

Now, give me all the apple cinnamon cheesecakes! These mini cheesecakes are not only gluten, dairy and egg free, they are no-bake and refined sugar free. The only cooking you will be doing is sautéing the apples in cinnamon and pure maple syrup, just to soften them up a bit. Once topped with the cinnamon apples, these cheesecakes are transformed into a fabulous fall dessert. 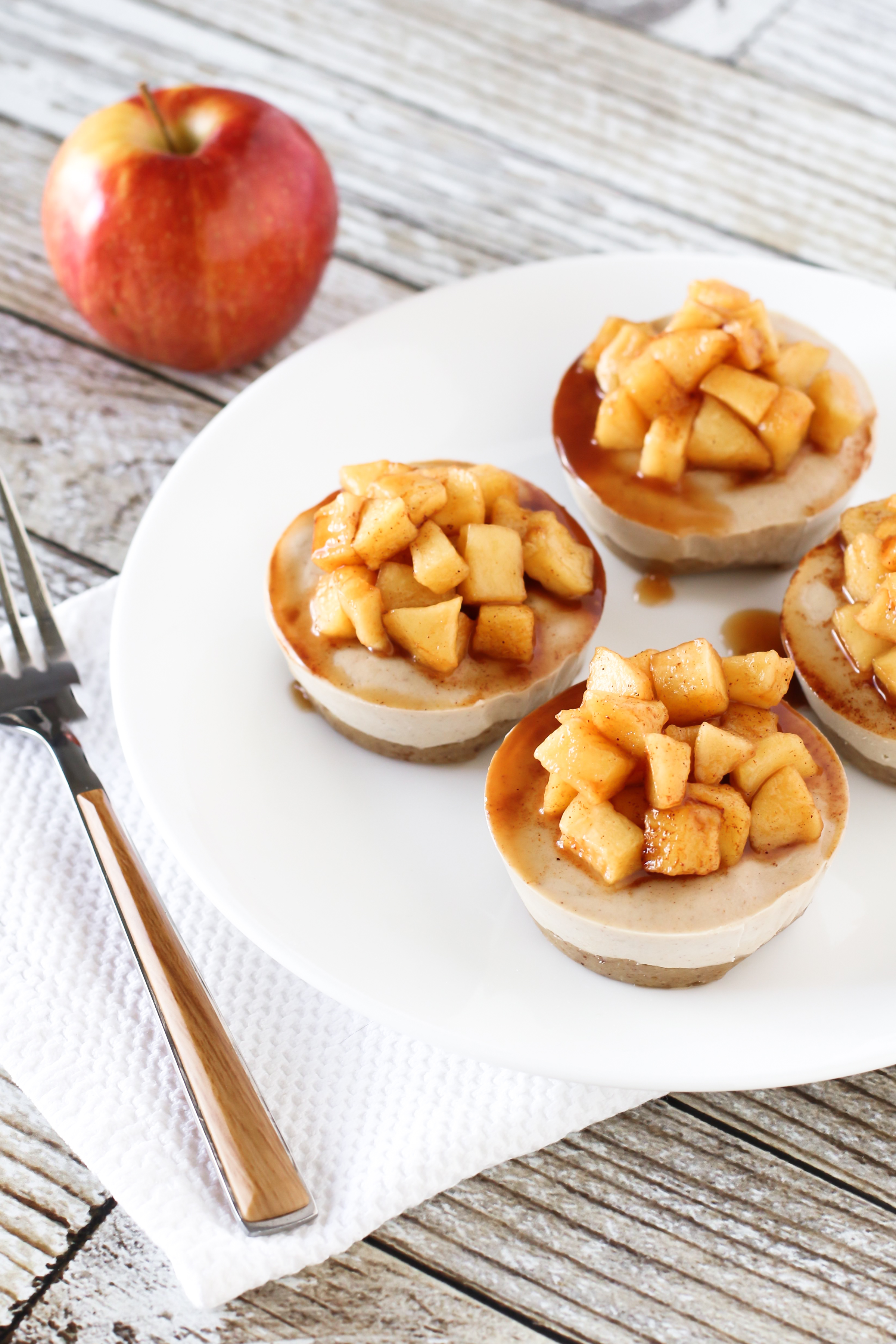