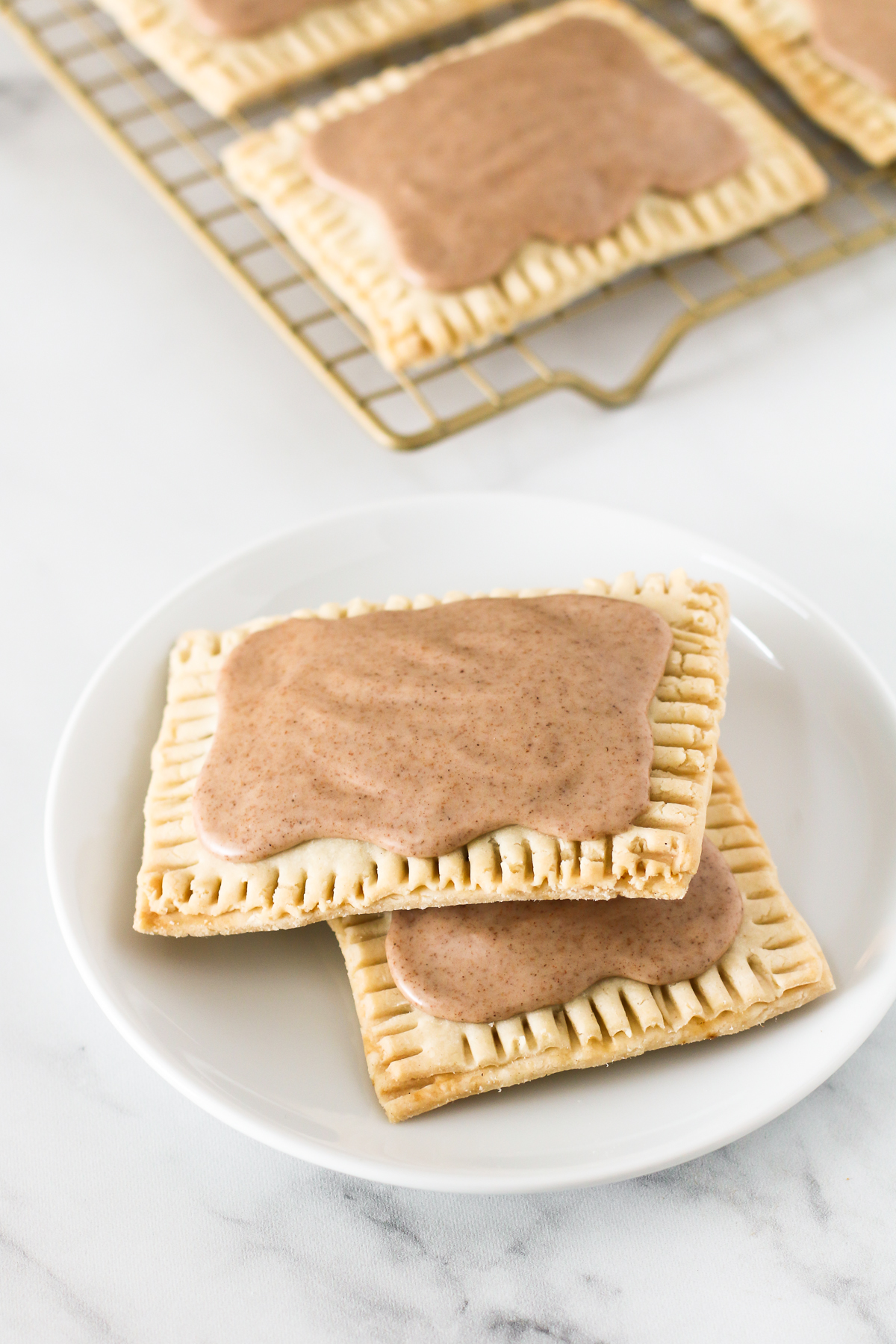 These gluten free vegan brown sugar cinnamon pop tarts taste so much better than store-bought! Buttery pastry, with a cinnamon sugar filling and covered in a sweet cinnamon glaze.

Did you have a favorite pop tart flavor growing up? Mine was always the brown sugar cinnamon pop tarts. After being toasted up in the toaster, they were all sorts of breakfast pastry perfection {in my child eyes}. My mom didn’t buy them very often, but when she did, it was such a treat! 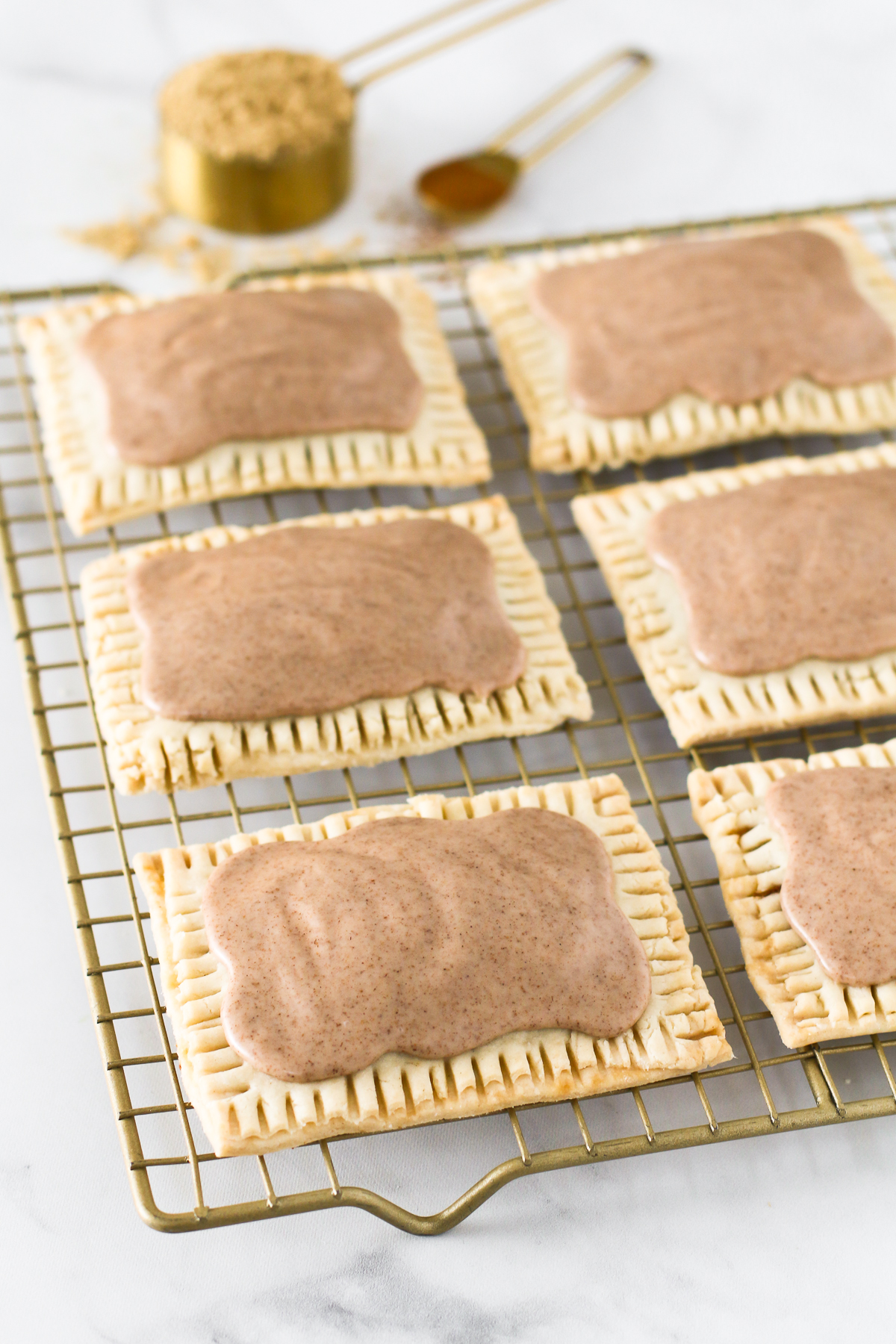 Don’t be intimidated by the steps it takes to make these homemade pop tarts. If you’ve made a pie crust, you’ve got this! Once the dough is rolled out, you slice it into rectangles {I like to use a pizza cutter}, fill it with the cinnamon sugar filling and top with another dough rectangle. Crimp those edges, bake to golden perfection and then cover in a simple cinnamon glaze.

These gluten free vegan brown sugar cinnamon pop tarts are buttery, heavy on the cinnamon and a total upgrade from the store-bought version. I’m certain you’ll think so too! 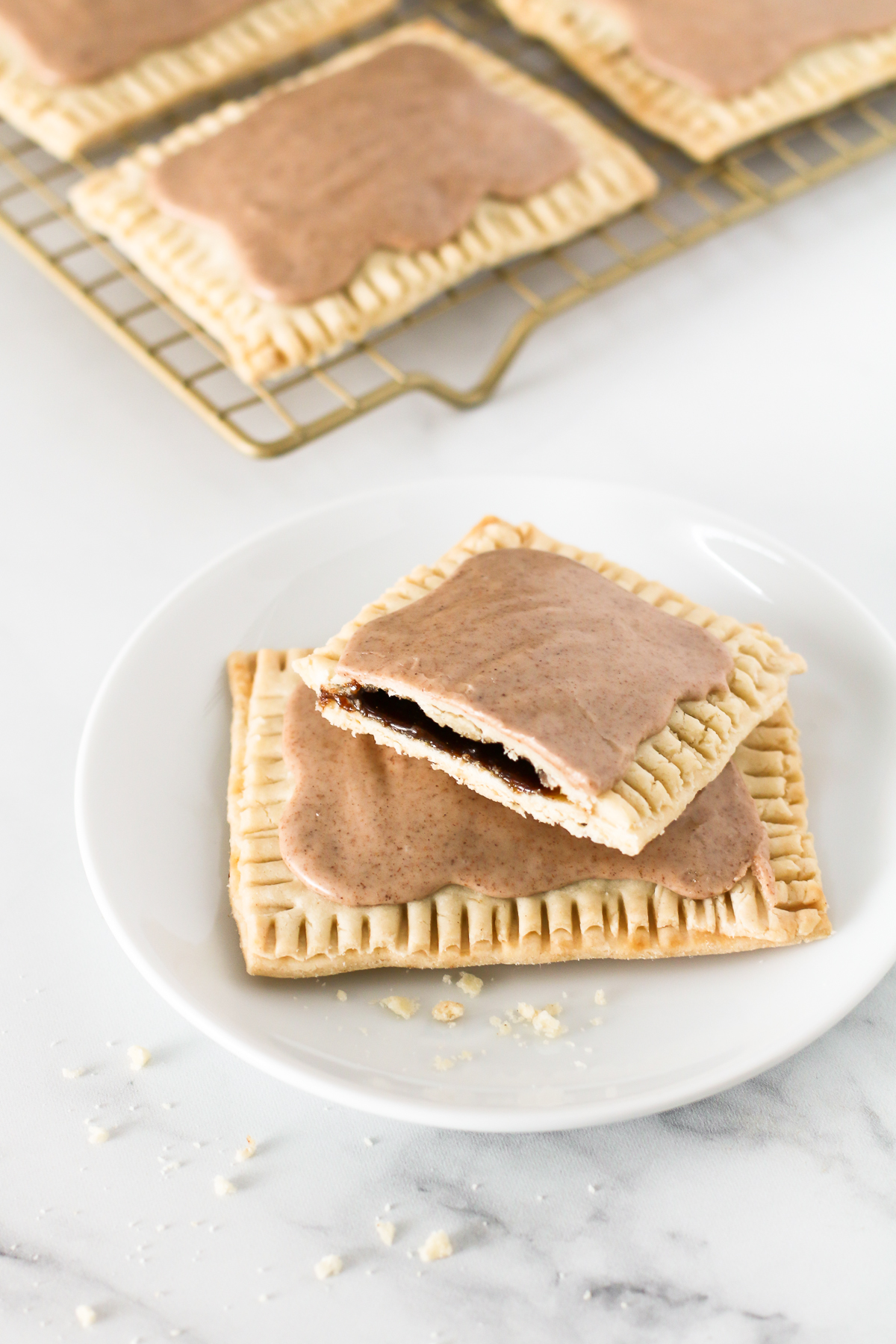 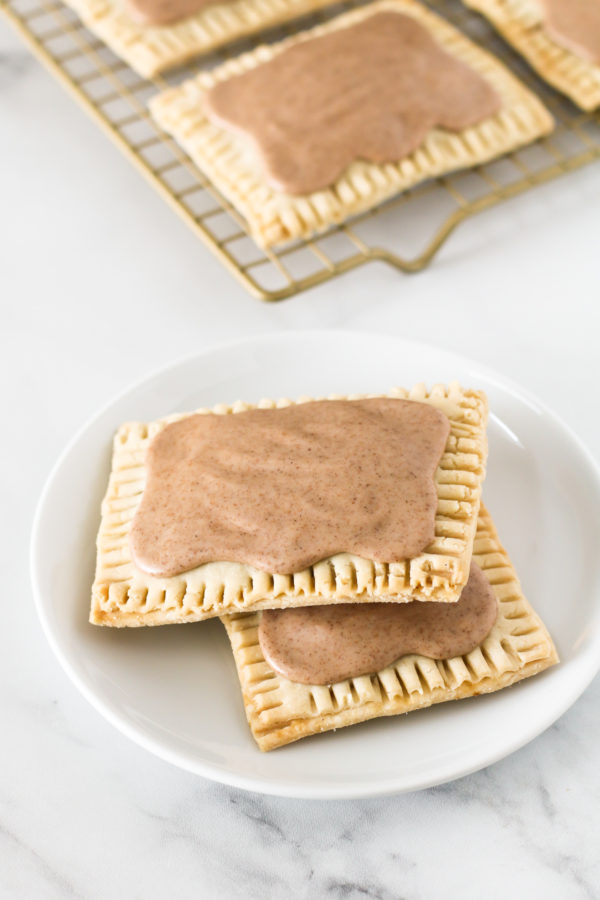