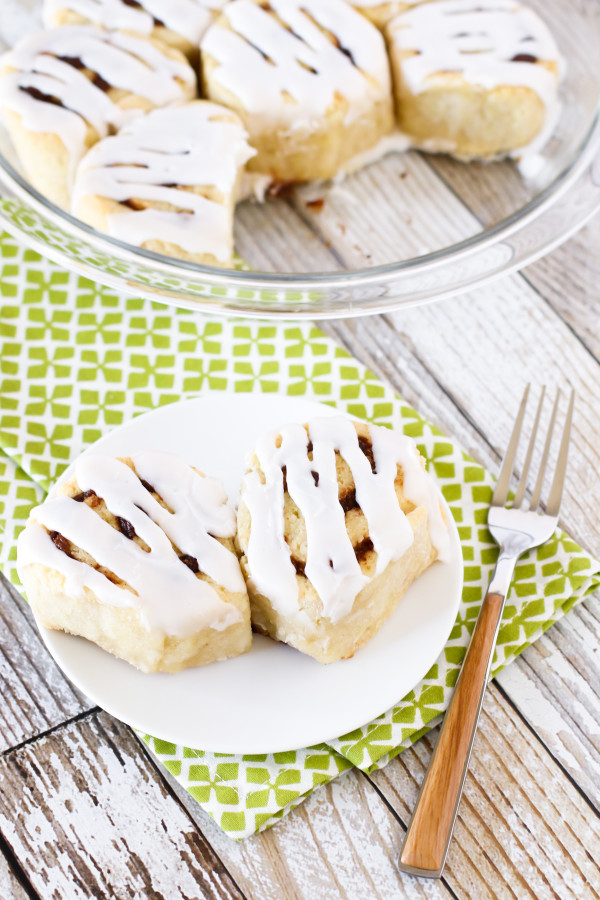 How much do I like cinnamon rolls? Like A LOT. They have always been one of my most favorite breakfast treats. I don’t know if it’s the soft dough or the cinnamon sugar filling or maybe it’s the glaze on top. All of it. Just give it all to me and make sure it’s extra warm and extra gooey.

The only thing I don’t like about cinnamon rolls. The time. The time it takes to make the dough, roll them out, let them rise and then wait impatiently for them to bake. It’s that extra hour of rise time that I could do without. If there was only a faster way to make cinnamon rolls… 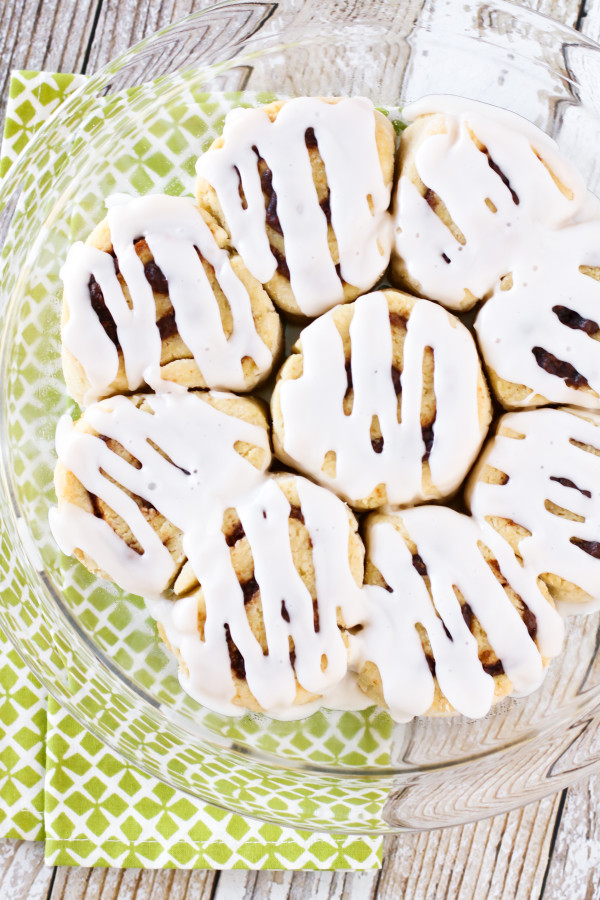 Cinnamon roll biscuits. The way to quick, easy cinnamon rolls! No yeast and no rise. Just roll out the biscuit dough, top with cinnamon sugar filling, roll it up, slice and bake. Oh yeah, and top with that completely necessary, simple glaze.

I’ve fallen for these cinnamon-swirled tender biscuits. While still hot out of the oven, I picked one up and took a bite. How could I possibly resist? There may be a few steps to these, but it goes pretty. I promise you’ll be having warm, gluten free vegan cinnamon rolls in no time! 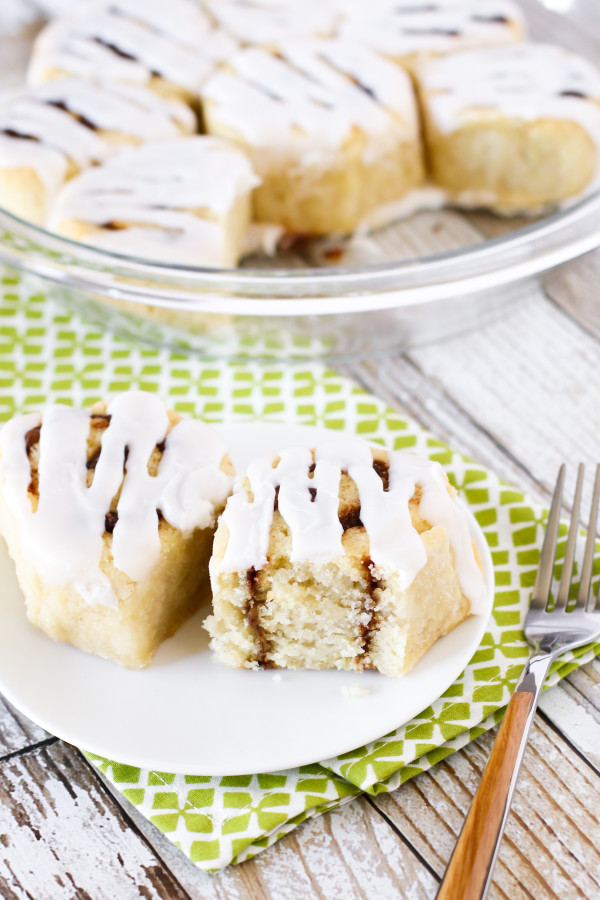